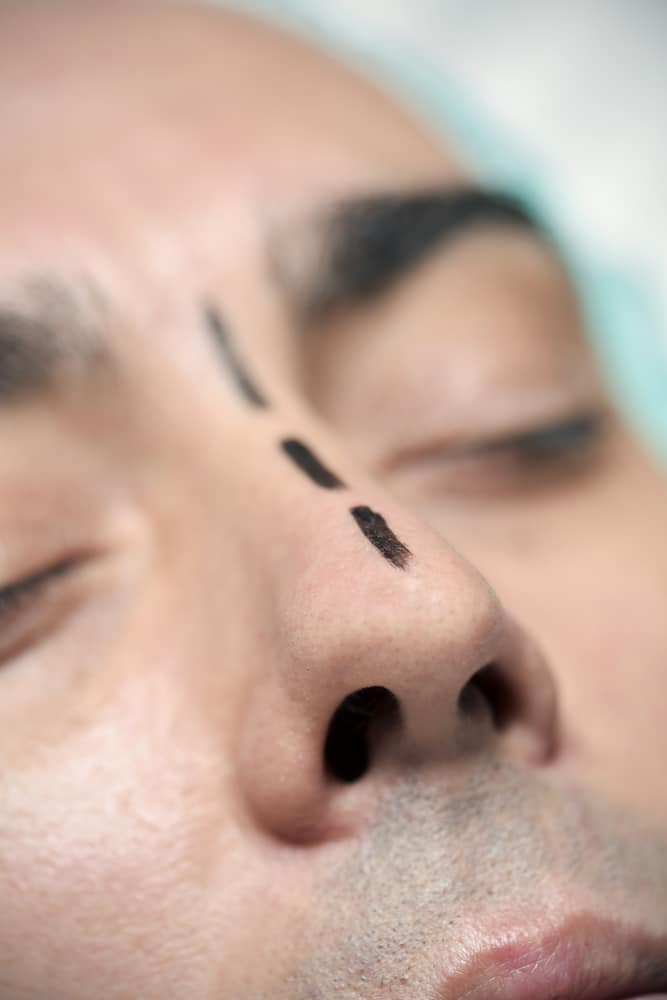 Deviated septums are a lot more common than the average individual would care to believe. In fact, most people have a deviated septum, according to a post on the Mayo Clinic website that explains that “about 70 to 80 percent of people have a septal deviation that’s noticeable to an examiner”. A deviated nasal septum is not in of itself a cause for concern. A deviated septum only becomes an issue if the individual is experiencing negative symptoms as a result of their deviated septum. Some commonly found negative symptoms include difficulty breathing, frequent sinus infections, and a constantly stuffy nose.

What is a Deviated Septum?

Decongestants are a great tool to treat a stuffy nose, clearing out the airways in the nostrils to allow for easy breathing. Decongestants are also a popular deviated septum home treatment, as it reduces any nasal swelling to allow patients who have issues breathing to fully inhale and exhale. If an individual constantly has a stuffy nose because of a deviated symptom, a decongestant is a great way to treat the symptoms. Unfortunately, a decongestant will not do anything to resolve the issue and fix the deviated septum.

Decongestants can either be administered in a pill form or as a nasal spray. Make sure to be careful with the use of decongestant nasal sprays, as repeated use can lead to a dependency on the medication in order to have a healthy nasal passage. If a patient finds that they are constantly using a decongestant spray, it may be time to consider surgery. Also, decongestants in a pill form tend to have a stimulant-like effect on individuals, causing them to feel on edge and increase their heart rate and blood pressure.

Unfortunately, many antihistamines can cause drowsiness and can make it dangerous to perform tasks that require concentration and coordination, such as driving or operating heavy machinery. While there are non-drowsy antihistamines available on the market, patients still have reported that the medication can make them feel drowsy.

A nasal corticosteroid spray is one final effective deviated septum home treatment. The spray reduces any swelling in the nasal passage, clearing out a path for easy breathing. It can also help with drainage, getting rid of excess snot or mucus that is causing a stuffy nose. Nasal corticosteroid sprays will not help fix a deviated septum, it merely treats the swollen nasal passage.

A nasal steroid spray is not available for purchase at a grocery store or pharmacy, as it requires a prescription for use. Effects are not immediate, as it usually takes somewhere between one and three weeks for the spray to begin treating symptoms. Patience is essential, and it is important to pay strict attention to the doctor’s dosage instructions with a steroid spray.

A deviated septum does not just make breathing difficult and clog up the sinuses. It can also affect the appearance of your nose, resulting in significant nasal asymmetry that detracts from an individual’s overall appearance. For patients who are uninterested in surgical repair but would like a more symmetrical nose, facial fillers can help.

Facial fillers are commonly used to reduce the appearance of wrinkles and fine lines, but they can also help realign the nose and redefine the tip of the nose. While a facial filler will not address any symptoms of a deviated septum, injections can help patients address issues with the appearance of their nose without undergoing surgery.

If the deviated septum impacts your breathing and sinuses and the previously mentioned deviated septum home treatment methods are ineffective in fighting symptoms, then deviated nasal septum surgery may be the best option. This surgery is known as a septoplasty, and should only be performed by a certified facial plastic surgeon, such as Dr. Azizzadeh. Dr. Azizzadeh is the top septoplasty and rhinoplasty surgeon in Los Angeles, making him an excellent choice for deviated nasal septum surgery.

The surgery is completed almost entirely within the nostrils, meaning that there will be no cuts to the skin on the patient’s face. The surgery is fairly straightforward, with the main goal of the procedure being a perfectly straight septum that is positioned right in the middle of the nose. To achieve this goal, Dr. Azizzadeh may need to remove small portions of the septum, and then reinsert the cut portions of the septum into their ideal location. In many cases, only one surgery is needed to repair a deviated septum.

Nasal septoplasty surgery also has an unexpected benefit. If a patient requires surgery to fix a deviated septum, then oftentimes rhinoplasty surgery can be performed at the same time. Therefore, if a patient is unhappy with the appearance of their nose, during septoplasty surgery Dr. Azizzadeh can also alter the shape and size of the patient’s nose. Dr. Azizzadeh is one of the top rhinoplasty plastic surgery experts in California, so patients who opt to reshape their nose as part of deviated nasal septum surgery are sure to be satisfied with their results.

A deviated septum is a serious issue, causing individuals to experience difficulty breathing and sinus congestion. While there are a number of deviated septum home treatment options, these medications will do nothing to fix the root of the problem. The only way to truly fix a deviated septum is with nasal septoplasty, a surgery that goes in and directly repairs the septum.

Dr. Azizzadeh is a double board-certified facial plastic and reconstructive surgeon with expertise and experience with nasal surgeries. He specializes in helping patients look and feel their best, providing facial plastic surgery to resolve both aesthetic and health-related issues. For patients who struggle with a deviated septum, Dr. Azizzadeh can perform deviated nasal septum surgery to both fix the septum and leaves the patient’s nose looking better than ever. To learn more about which deviated septum treatment option is best or to schedule a consultation with Dr. Azizzadeh, please call us today at 310-657-2203.

Join us for a day of beauty on June 16! Find Out More